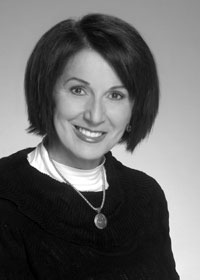 White began her first term as County Prothonotary on January 1, 2000, and was re-elected in the November 2003 Municipals Elections for her second term. She was re-elected again in 2007, 2011, and 2016 to consecutive four-year terms.

Susan was responsible for updating the filing system and securing several grants in the office for preservation of the naturalization records and other important older documents which are on file in her office.

Susan is a member of the First Church of the Nazarene of Waynesburg, the auxiliary of the Gideons International, and the Pennsylvania Association of Prothonotaries and Clerks of Court.  Susan previously served on the board of directors of CBM Ministries,

Susan and her husband, Mike reside in Waynesburg, and have one son, Matthew, who is a teacher in Trinity Area School District, Washington.

The Court of Common Pleas is the trial court of general jurisdiction which hears civil cases with significant controversy and trials for serious crimes.